The movie Matilda (1996) is based on the Roald Dahl novel written in 1988. It is centered around a young girl named Matilda who is neglected by her parents from birth. She is extraordinarily intelligent and rejects her family’s love for laziness and TV, instead turning to books as her source for companionship and love. Through the need for her to depend only upon herself and acquire books, she became very self-sufficient and mischievous. At only the age of six and a half she began acting on the idea that bad people must be taught that what they are doing is wrong. She replaces her father’s hair gel with hair dye and superglues his hat to his head after he reveals he has been selling bad cars to people in order to make money. When she finally is allowed to go to school, she is put in Miss Honey’s class where she is happier than she has ever been.

Matilda is the perfect example of a trickster myth that is riddled with cultural truth-values. Matilda is an interesting kind of trickster in that she does not trick people or act mischievous to be mean or confuse people for no reason other than her own amusement. She only uses her powers to teach people lessons which leads to the first cultural truth value. As Matilda’s father taught her, “When a person is bad, that person must be taught a lesson.” As a society, we believe that those her break the law or behave unjustly deserve to be punished and taught to not behave that way. Formally, we support punishment by the law, but as a society we often admire tricksters who play vigilantes. This is furtherly supported by our fascination with Batman, the Boondock Saints, and people like Matilda; everyday people who desire to hand out their own form of justice. Even in classical mythology there is a sort of reverence for innovative tricksters, as exemplified by the God Hermes. When Hermes steals Apollo’s cattle, Apollo insists that Hermes be punished, but Zeus “saw the devious child knowingly and cleverly make his denials about the cattle” and simply laughed telling him to return the cattle. He was impressed and found it amusing as Apollo is seen by Zeus as “one who is fond of booty”. Although it was not Hermes intent to teach Apollo a lesson, he did all the same through his trickery. Odysseus too is considered a trickster and uses his abilities to trick the Trojans via the Trojan horse. Although his intent was to help destroy Troy, it was for a greater reason following the “kidnapping” of Menelaus’s wife Helen and was perceived by Odysseus to be an appropriate punishment for the Trojans wrongdoing.

Another cultural truth value that appears in Matilda is the belief that size does not matter when someone is determined enough. Both Matilda’s father and Principal Trunchbull tell Matilda “I’m big and your small, I’m right and you’re wrong, and there’s nothing you can do about it” in an attempt to put her in her place. This only makes her more determined to prove that she is not only correct in her views, but that size means nothing in regards to being in control. Even a small example such as the stringing of Odysseus’s bow proves that the value that size does not matter is true. The suitors are convinced they are superior to Telemachos in part because Telemachos is so young and is not the largest or strongest out of those who try to string the bow, yet he is closest to stringing it because of his sheer determination and the way the bards portray his and Odysseus’s power compared to the suitors. Size does not determine their power, and this is a value that has held true throughout the ages.

The same statement regarding size in relation to whether one is right or wrong is a double standard and is proof of the cultural truth value that double standards are unjust and unfair. Being small or being a child does not make someone wrong and those who attempt to implement this belief are often seen by general society as propagating the double standard as merely a means of attempting to control people. This is done in The Odyssey as well, using instead the double standard regarding women versus men. Zeus sends Hermes to tell Calypso that she has to let Odysseus go and Calypso points out by saying “You are hard-hearted, you gods, and jealous beyond all creatures beside, when you are resentful toward the goddesses for sleeping openly with such men as each has made her true husband.” The double standard, though present in both current and past societies, is viewed now as an unjust value that is in the process of still being changed in regards to both women and children. Bards of the past are even thought to have been attempting to draw attention to it through the characters of their tales, but in that society there was no value in such a view. However, it is still a value present, even if scarce at times, throughout societies.

This evidence of cultural truth value residing in the modern narrative of Matilda provide sufficient evidence that it is both the story of a trickster and is a modern myth.

Classical Mythology: Hermes and the stealing of Apollo’s cattle

The Odyssey: Odysseus and the Trojan Horse, Calypso in regards to demands to let Odysseus go, the stringing of the bow of Odysseus

Lectures: Idea of the Double Standard

You Need a Professional Writer To Work On Your Paper?

Get it before your deadine 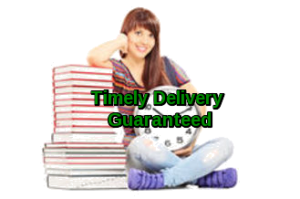 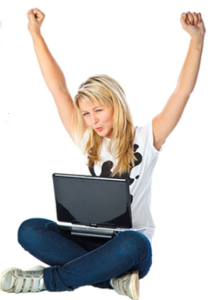 Disclaimer: The services that we offer are meant to help the buyer by providing a guideline.
The product provided is intended to be used for research or study purposes only.

We are ready to work on your Urgent Assignment - GET HELP NOW!
X
You cannot copy content of this page
error:
Get a Price Quote